(Please refer to the Intro of this essay series and the Parts 1 through 4 before reading Part 5.)

In my prior post, I referred to Csikszentmihalyi describing how many people feel “Sunday mornings are the lowest part of the week, because with no demands on attention, they are unable to decide what to do….For many, the lack of structure of those hours is devastating.” 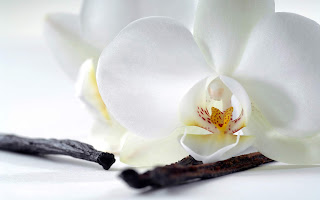 Here Orlean is referring to John Laroche, an eccentric who has whittled his world down to collecting orchids. Her interest in him exceeds his desire to collect flowers, though. It's his desire in general that fascinates her.  Before orchids, Laroche collected turtles, fossils, 19th-century Dutch mirrors, tropical fish. When Laroche directs his passion so devotedly, so acutely, to something, he thinks of nothing else, yet when he stops, he never thinks of it again. Orlean writes: 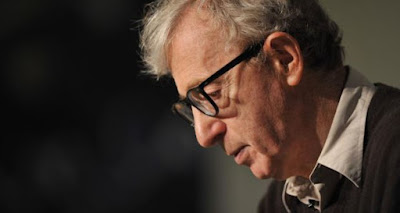 No doubt Allen’s passion for making films and Laroche’s passion for collecting orchids “whittles the world down to a manageable size." Most people consider such passion to be rooted in desire but what if faith actually is the seed that begets such energy? Most who feel stunted by not having a passion like Laroche or Allen, likely begin “collecting” or “making” something only to eventually stop because the pursuit seems illogical or futile. One initially feels interest or enthusiasm but for whatever reason, can’t sustain it. If faith actually is the seed though, then knowing something or feeling something should have very little to do with pursuing something passionately. One or both might begin the endeavor but faith transcends what one feels or knows. I’m sure Allen doesn’t always feel like going to the set or to the editing room, but he goes because he believes in it.  Laroche describes it this way:

Notes on MINDING THE GAP 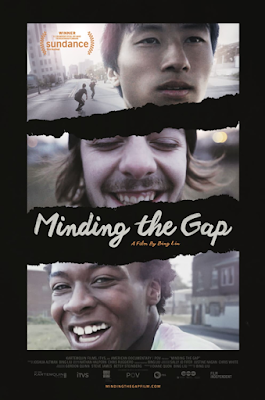 Nike's: Skateboarding is Not a Crime commercial

The Document: Return to Rockford

Bing Liu on The Daily Show


They grew up together in Rockford, Ill., three boys united by their love of skateboarding. At a certain point — around middle school, it seems — one of them, Bing Liu, began videotaping their exploits.

A pleasure of Minding the Gap, his astonishing debut feature, is to observe how skating and filmmaking flow together. As the young men get stronger, bolder and more dexterous, Mr. Liu’s camera skills keep pace, and he captures the sense of risk, freedom and creativity that makes their pastime more than just a hobby.

It’s not only the glue that binds them to one another through tough times but also a source of identity and meaning, a way of life and a life saver. “Minding the Gap” is more than a celebration of skateboarding as a sport and a subculture. With infinite sensitivity, Mr. Liu delves into some of the most painful and intimate details of his friends’ lives and his own, and then layers his observations into a rich, devastating essay on race, class and manhood in 21st-century America.


Liu is in a unique position because he's become almost a priest hearing confessions, forcing him to ponder the line between dispassionate filmmaker and concerned friend, while also looking for the right opportunity to get his mother on camera for a talk they've never had about their unspoken family secrets.


Around the midpoint Liu turns to his own part of the story. He interviews his mother, born in China as was the director, drawing out her memories of Liu’s abusive stepfather. The director’s half-brother, Kent, appears briefly on camera as well, recalling the “unnerving screams of anguish” coming from his sibling’s room at night.

Much of “Minding the Gap” is painful to witness, but as past and present intersect and recombine and Liu’s wealth of footage coalesces, the finished film becomes a cautiously hopeful and even cathartic experience. It’s fully responsive as cinema. Liu, who served as editor along with Josh Altman, deploys the lyric skateboarding interludes just often enough to keep everything flowing. Akin to Michael Apted’s “7 Up” series, or Richard Linklater’s narrative feature “Boyhood,” at one point we see Zack hurtle through a few formative years in a lovely video montage. Life is beautiful, and cruel, and this film is a dialectic between the harshness and the beauty. 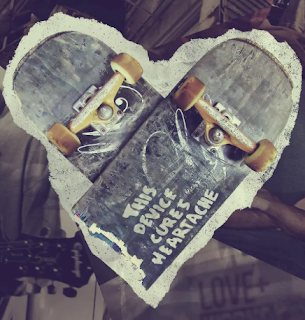 As most of the critics describe, Minding the Gap has a deep vein of violence that runs down the center of the film. What's more disturbing is that we see how such violence is perpetuated.  One of Liu’s friends, Zack, has a child with his girlfriend, Nina, when both are just teenagers and we witness the difficulties in their relationship. In a revealing scene, we see the boogieman face to face as Zack tries to explain when it's justifiable to hit a woman.  Until this scene, the abusive men were faceless and lost in the past, but here, we see exactly how the pattern of violence comes full circle and is passed down from one generation to the next.

It should be noted that the film isn't just about violence. The tone and pace of the editing by Bing Liu and Joshua Altman is what sets this film apart.  In lessor hands, a film like this could come across pedantic or as a tool for self-pity, but we have something else here. The way Liu as a director approaches his friends reminds me of a scene in Wes Anderson's Bottle Rocket. A character named Dignan is in the middle of a foiled crime with his best friends, and, as we hear the sirens in the distance, he tells them to run away and so the cops chase him instead. His friends are confused and not sure what to do when Dignan interjects, “They’ll never catch me. I’m fucking innocent.”  It's a curious scene because Dignan isn't innocent of the crime but what Anderson seems to be implying is that Dignan is innocent in intent; innocent at heart.

Bing Lui's approach in Minding the Gap has an innocence at heart which helps us look at the painful subject matter with both eyes open.  Liu seems more interested in just being present than making a grand statement.  There is something grand about the film, but like with the boys' skating, what occurs never seems premeditated but instead happens organically with balance and grace.

Posted by Darren Ingram at September 12, 2019 No comments:

Email ThisBlogThis!Share to TwitterShare to FacebookShare to Pinterest
Labels: Bing Liu, Bottle Rocket, Minding the Gap, Return to Rockford, Skateboarding is not a crime, The Document, Wes Anderson 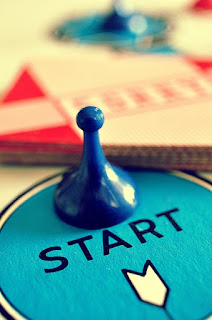 For participants and fans alike, professional sports display a nearly perfect execution of the these three components. Most of the major sports have not only rules in place but referees and umpires to enforce them, as well as instant replay to enforce this enforcement. The vast differences among players in style and skill illustrate the range of creativity and decision making allowed within the rules set into place. Immediate feedback is not only displayed on the scoreboard during each second of the game, channels like ESPN and sports radio provide recognition and commentary about each accomplishment. In addition, there are a myriad of awards presented each season, culminating with the most gifted players being inducted into a Hall of Fame.