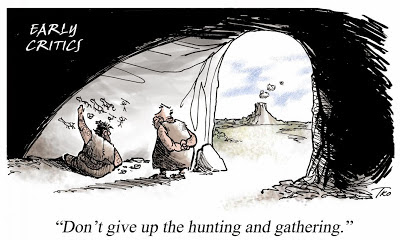 Recently, I watched Life Itself, a documentary about film critic Roger Ebert directed by Steve James (Hoop Dreams) and was reminded of just how counter Roger Ebert and Gene Siskel were to the public's perception of a critic's role. Most see a critic as someone who can’t be a musician or a filmmaker or a writer and has to resort, often bitterly, to critiquing those who are.  What better representation do we have than Salieri in Milos Forman’s 1984 film, Amadeus:


All I wanted was to sing to God. He gave me that longing... and then made me mute. Why? Tell me that. If He didn't want me to praise him with music, why implant the desire? Like a lust in my body! And then deny me the talent?


Theodore Roosevelt’s famous critique of the critic is even more scathing:


It is not the critic who counts; not the man who points out how the strong man stumbles, or where the doer of deeds could have done them better. The credit belongs to the man who is actually in the arena, whose face is marred by dust and sweat and blood; who strives valiantly... his place shall never be with those cold and timid souls who neither know victory nor defeat.

Is a critic nothing more than a "cold and timid” soul: destined to looking but not doing; telling but not showing? Truth be known, I have my own critique of critics, particularly film critics. For one, the experience of watching a movie is meant to be personal which is why theaters function best when dark and quiet. Nothing illustrates film viewing’s inherent subjectivity more clearly than when two well-informed film critics see the same movie, like a Siskel and Ebert, yet have the exact opposite opinion. How is this possible? Two sportswriters might differ as to whether Tom Brady or Joe Montana is the better quarterback, but neither would say that one or the other is/was terrible. What’s the difference with film criticism? Sportswriters have objective, factual measuring points like statistics, wins, losses, championships, and a hundred other categories. Movies, on the other hand, operate in a mostly psychological space, drawing from one’s own personal experiences which is why films always seem a bit tone deaf to objective analysis. Isn’t the function of the film critic then absurd? Someone, acting with authority, telling you, a complete stranger, what you should experience.

Another flaw of the traditional film review is that each, by design, is a one-sided conversation. The reader and writer are attempting to have an exchange about a film, yet only one person, the writer, has seen what is being discussed. Imagine trying to explain a basketball game that only you have seen and you can’t say the final score or any of the key plays that affected the outcome. Yet, isn’t this what film critics do with each column?

Of course, we should make a distinction between the film critic and the film essayist. The essayist assumes you've already seen the film in question and will delve into its technique, themes, and potential meanings.  However in doing so, the essayist runs into an even more complicated problem than that of the critic. This dilemma is best illustrated through a quote I've heard attributed both to W.C. Fields and Mark Twain, but was actually said by E.B. White:  “Explaining a joke is like dissecting a frog. You can see how it works but you have to kill it first.” Isn’t this the true minefield for anyone interested in discussing a work of art: knowing that in-depth analysis likely will choke the life and vitality of what's being analyzed? 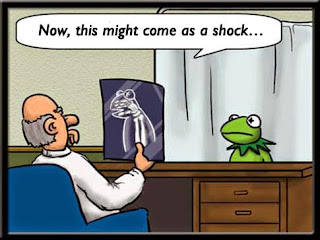 So then the question is- Why venture into the minefield in the first place? Why not just enjoy the film within the subjective and personal space intended, without wasting time writing (or reading) about it? It's an important question. The reason I write criticism is probably best stated in a quote by C.S. Lewis, or at least a quote written by William Nicholson and spoken by Anthony Hopkins playing C.S. Lewis in the 1993 film Shadowlands: “We read to know we’re not alone.”  Doesn’t one also write to know he’s not alone, or, if the glass is half empty, see if he is indeed alone? Watching a film or reading a book may be, as stated, a private affair, but should it remain so? At what point should this private experience be shared?  For further clarification, let’s look at C.S. Lewis’ description of friendship (the actual C.S. Lewis this time) from his book The Four Loves:


Friendship arises... when two or more of the companions discover that they have in common some insight or interest or even taste which the others do not share and which, till that moment, each believed to be his own unique treasure or (burden). The typical expression of opening Friendship would be something like, 'What? You too? I thought I was the only one.'  Lewis, C.S. (1960; 1988). The Four Loves. (p. 65). Harvest/HBJ.

Writing and reading criticism is nothing more than an indirect way of saying: “What? You too?”  Writing takes a mostly private experience, and, in turn, makes it public. When I was in college, a friend of mine saved up some money and went to Europe by himself for the summer. When he returned to school that fall, he said he had a great time, but that he regretted going alone. He said that, in some ways, nothing felt like it actually happened because no one was there to share it with him. Perhaps this is the best reason of all to write criticism- it reifies one's personal experience with art. It makes it actually happen.

While this may be a good reason to venture into the minefield, what are we going to do once we get there? We still have to resolve how one analyzes something without choking the life from it. As a teacher, I was always attempting to create a personal moment between the student and the text. To assist with this, I would often share how I myself connected to the stories we were reading. For instance, after we would read The Old Man and the Sea, I would mention how as a boy during my Christmas breaks from school, I would always stay a few days with my grandparents. I mentioned how I understood the boy's affection and concern for Santiago because while my grandfather wasn't a fisherman, he was a farmer and during particularly cold winters in the Oklahoma panhandle, he would have to get up at 4 a.m. and drive out to his land where his cattle were and break up the ice in their drinking troughs. I remember occasions when I would be in bed, barely awake, hearing the wind howling outside and my grandfather shuffling about in the other room, putting on his Dickey's overalls and his muddy boots, slipping out the backdoor, and driving away in his noisy Ford pickup.

I would share memories like these with my students and tell them that every time I read The Old Man and the Sea, it reminded me of a dozen stories like this one. My intent was to help them intertwine what we were reading with their own personal stories. Yet, despite my attempts, I noticed it was rare for students to create their own reference points. Usually the only interaction the student truly had with a text was within the context of passing a reading quiz or writing an essay. In other words, the interaction seldom left the classroom. Instead of taking the characters or stories with them, they usually left them behind much in the same way they'd leave books in their lockers overnight and then check them back in at the end of the semester.  Walker Percy discusses this very dilemma in his essay, "The Loss of the Creature" and offers a possible reason as to why it occurs:


The educator whose business it is to teach students biology or poetry is unaware of a whole ensemble of relations which exist between the student and the dogfish and between the student and the Shakespeare sonnet. To put it bluntly: A student who has the desire to get at a dogfish or a Shakespeare sonnet may have the greatest difficulty in salvaging the creature itself from the educational package in which it is presented…. The new textbook, the type, the smell of the page, the classroom, the aluminum windows and the winter sky, the personality of Miss Hawkins—these media which are supposed to transmit the sonnet may only succeed in transmitting themselves….  The educator is well aware that something is wrong, that there is a fatal gap between the student’s learning and the student’s life. (pp. 56-57). 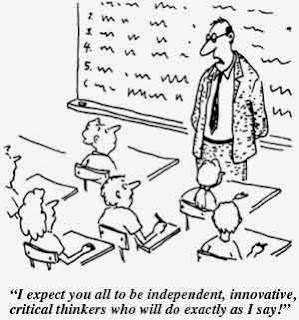 In many ways this passage by Percy is dealing with the same problem as E.B. White’s quote about a joke. The critic or teacher must analyze something, yet still allow the reader or student to experience it afresh, within his or her own way. Percy realizes this is no small task because the “media” and “packaging” (the way/how something is presented) often interrupts the process. The “fatal gap” Percy mentions here is that one may seemingly have the perfect environment through which to dissect a dogfish or read a sonnet, yet the experience will likely remain compartmentalized, vacuum packed, within the classroom, entirely separate from one’s own life. In other words, the experience will never become a personal experience.

As a film essayist, I run into the same dilemma by taking a work of art which I, and I assume the reader, have already experienced personally. I then make the experience public by writing about it, all the while, hoping it still remains personal both for me and the reader. Again, no small task. One simple way to solve this problem is to actually not have an opinion about a particular film. Unlike sportswriters, film critics should not be interested in whether a film wins or loses.  A critic should be more interested in the process, the film’s process and way it obtains meaning, as well as the critic's own process while watching the film. A critic can best analyze a film by not offering a final judgement, but instead, express what meaning was obtained within the personal, subjective space from which the critic viewed the film. With this, the critic is hopefully able to dissect the frog without killing it; to analyze it yet keep it alive at the same time. Percy’s essay provides a nice metaphor where this occurs:

One remembers the scene in The Heart Is a Lonely Hunter where the girl hides in the bushes to hear the Capehart in the big house play Beethoven. Perhaps she was the lucky one after all. Think of the unhappy souls inside, who see the record, worry about scratches, and most of all worry about whether they are getting it, whether they are bona fide music lovers. What is the best way to hear Beethoven: sitting in a proper silence around the Capehart or eavesdropping from an azalea bush? (60). Percy, Walker (2011-03-29). The Message in the Bottle: How Queer Man Is, How Queer Language Is, and What One Has to Do with the Other (p. 60). Open Road Media. Kindle Edition.

Isn’t this a nice strategy for a critic as well? A strategy not interested in getting it or having readers get it (one can be sure that anything dissected in the big house, isn’t getting out of there alive!) How about a critic who avoids the big house altogether, and, instead, listens to the music through the window? Through this blog, I'm interested in creating a community of artists and documentary enthusiasts who aren't interested in going inside the big house either. You can sit with us and listen to the music through the open window. Sometimes when we feel like talking about it, we can, or we can just keep listening.