Form or Function? Understanding the Role of Genre in PULP FICTION 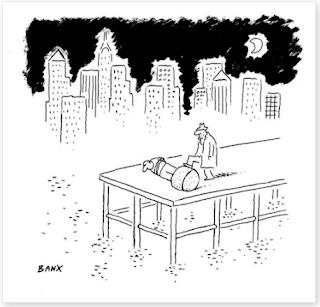 Danny Boyd has put together a nice montage of interviews where Quentin Tarantino discusses his inspiration behind Pulp Fiction and in particular, his reliance on genre. In this case, stories in the crime genre "you've seen a zillion times." I’ve always found Tarantino’s affection for genre intriguing since many artists consider the term pejorative- being too simple, broad, formulaic.

Is it fair to label genre this way or should we maybe reconsider these perceived limitations? What if we think about genre within the context of poetry and instead of the term GENRE, we say, FORM? Poetry scholars don’t read “On Chapman’s Homer” and say, well, that’s just a sonnet or deem Shakespeare’s dialogue as just being iambic pentameter. The ability to communicate such expression within these specific constraints are actually lauded. Poet Billy Collins in his Masterclass series quotes Yeats, saying “All that is personal will rot if not packed in salt and ice.” Here, “salt and ice” are metaphors for rhyme, meter, cadence, structure. In other words, form. Form preserves and elevates. It is how something moves beyond being just a declarative statement or comment or interesting idea.

In interviews over the years, David Lynch has discussed the role of routine and habit in his daily life.  For seven years, he went to Bob’s Big Boy and ordered the exact same thing at 2:30 p.m. every day.  This wasn’t just some quirk or eccentricity. Instead he explains, “I like habitual behavior because it’s a known factor and your mind is freed up to think about other things. When there is some sort of order there, then you’re free mentally.” Can genre do the same thing? Can it be another “known factor” that frees the mind to think about other things? 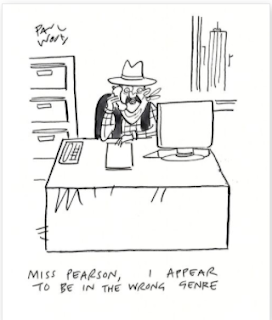 Of course, in doing so, it's important to understand all of the different ways genre can be used or known. If Genre is a type of container through which to deliver a story- the type of story being delivered dictates the type of container needed.  For instance, narrative drama never seems best suited for direct moral teaching or proselytizing. There's something even insulting when a narrative sermonizes. Oddly, it’s insulting even when we agree with the “message” or "moral," similar to someone doing sleight of hand yet not admitting to being a magician. You may say you don’t like any proselytizing but I would push back on that as well.  The polemic essay, sermon, parable, philosophical treatise, tract, and even a political speech all allow and are expected to have a specific point of view and/or to proselytize. Why do we allow these "genres" in particular to elicit a specific idea or moral, yet when a narrative does the same, we label it didactic, or, if it’s really effective, propaganda?
Whether we're cognizant of it or not, I think there's an instinctive expectation that a narrative story presents a variety of subtexts which in turn offer multiple points of view. Part of the experience and enjoyment is navigating through these points of view and ultimately determining meaning, if any, on one’s own.  There is something disappointing if we discover or determine the director and/or writer is too intentional here and had a message in mind all along. On the contrary, the very nature of the speech, the sermon, the persuasive essay, etc. is to be intentional, direct, and specific. It’s expected. We can read fiction or watch a movie and receive moral instruction or be motivated to change, but it can only happen if arrived at indirectly through the readers/viewers own personal experience and interpretation.

Throughout his career, Tarantino has demonstrated a keen understanding of genre and its wide variety of shapes and sizes. However, it would be unfair to say Tarantino only creates genre films. He "loves" and "respects" genre, but he also wants “real life to intrude on genre.” One can't do this though without a true understanding of genre itself. On the set of Apocalypse Now, Dennis Hopper complained to Francis Ford Coppola about having to memorize his lines and if it were necessary. Coppola answered, you have to memorize your lines first- then you can forget them. Tarantino has certainly memorized the lines of his favorite genres which has in turn allowed him to move beyond any restrictions or limitations. In fact, you could say he understands genre so well that he has been able to subvert it entirely.  With Pulp Fiction, we see a great example of this. A traditional genre picture would show the fight where Butch double crosses Marsellus Wallace. It likely would be the climax of the film as we watch Mia sitting next to Marsellus in the audience and his reaction the moment he realizes Butch isn’t going to follow through with their agreement. We’d see Marsellus and his henchmen, probably even Vince and Jules, frantically trying to get Butch as he evades them, with one close call after another. Of course, in Pulp Fiction, we see none of this. We only see the ancillary or tangential events leading up to and following this climactic moment. Tarantino not only understands genre but, brilliantly, is assuming his audience does too so he doesn’t have to show what is expected.  We all have memorized the lines and Tarantino, through the film, gives us permission collectively, to forget them. Consequently, Pulp Fiction is the perfect example of how genre can satisfy both form and function.
Posted by Darren Ingram at May 09, 2021